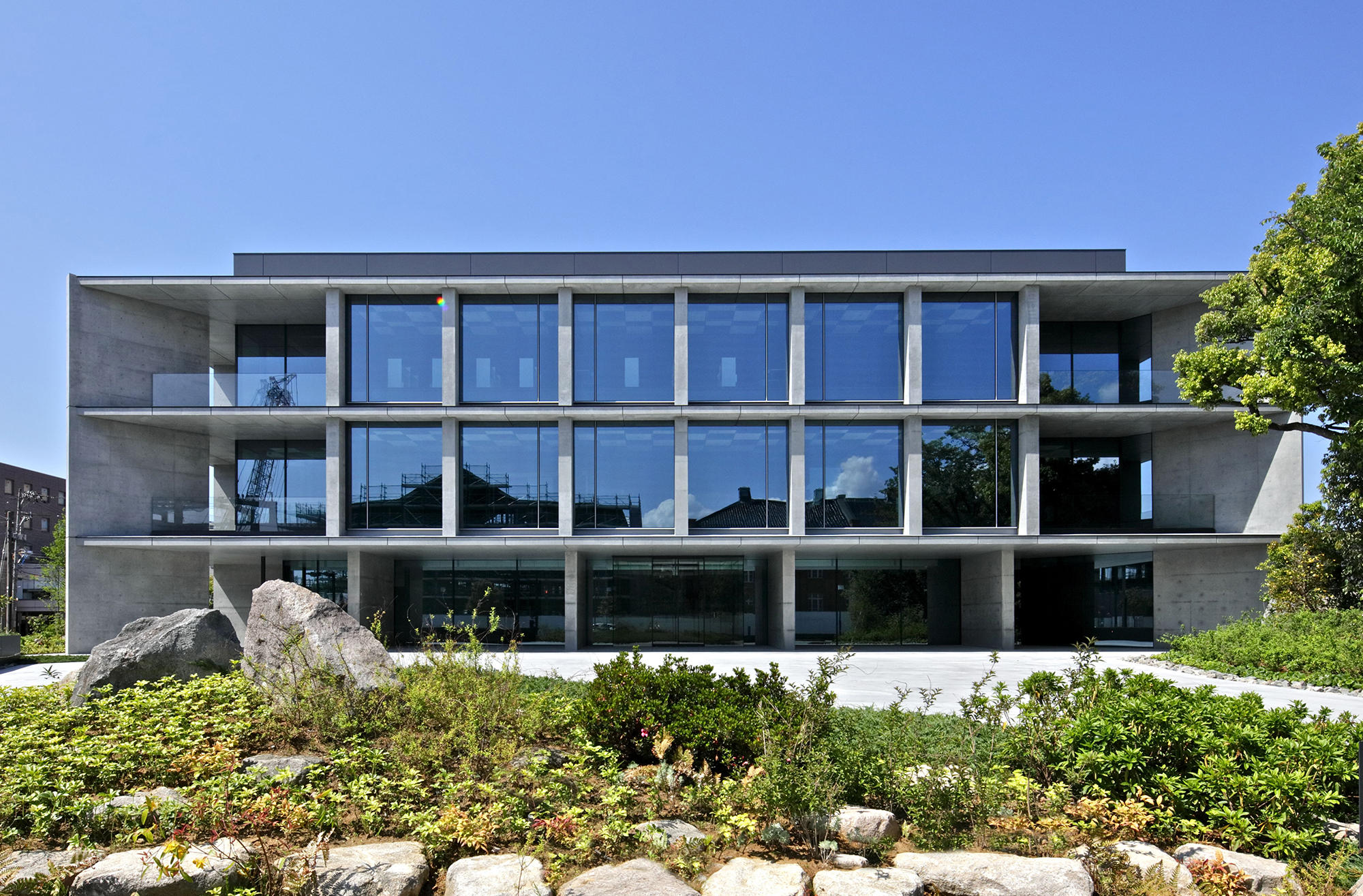 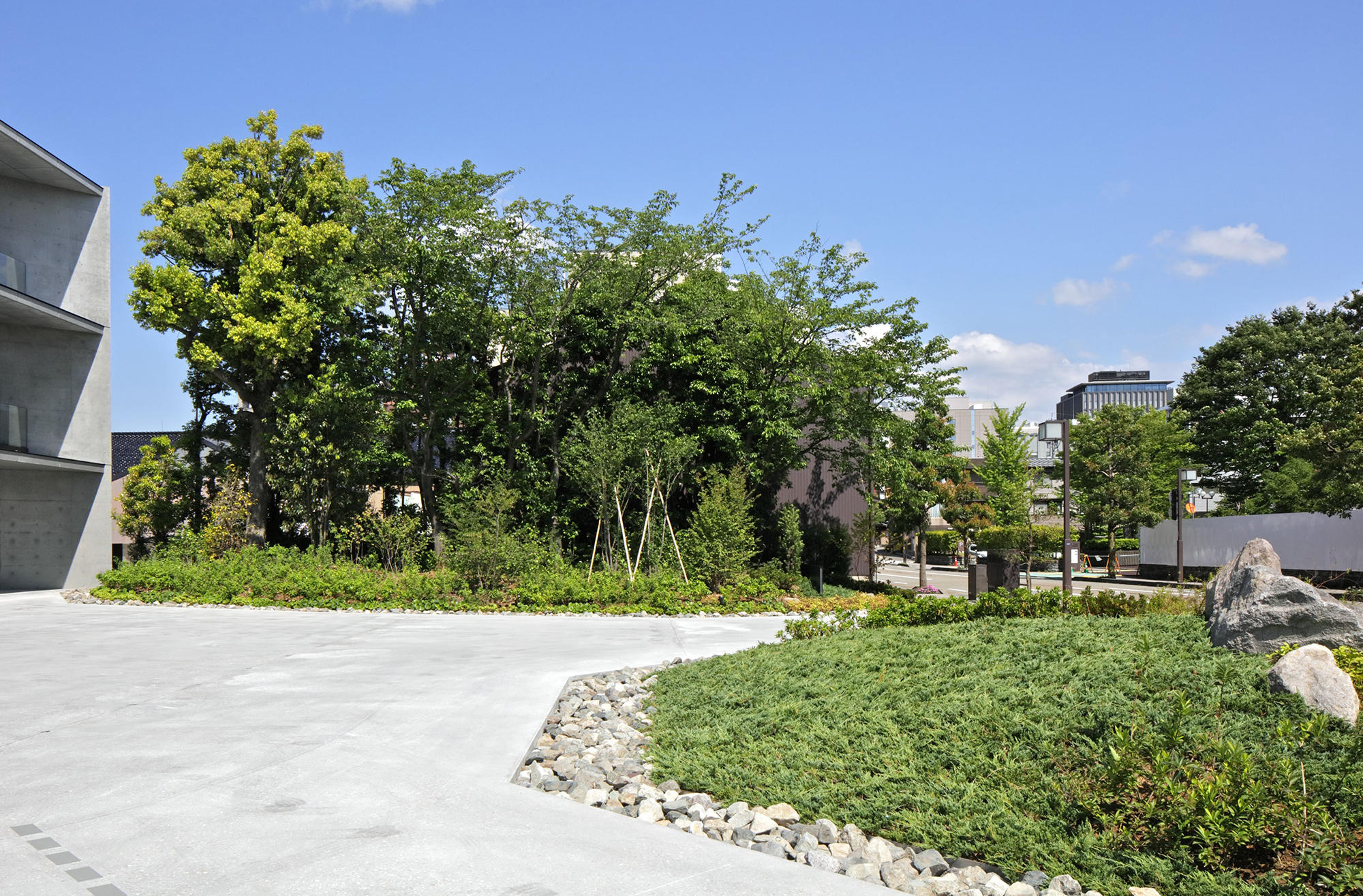 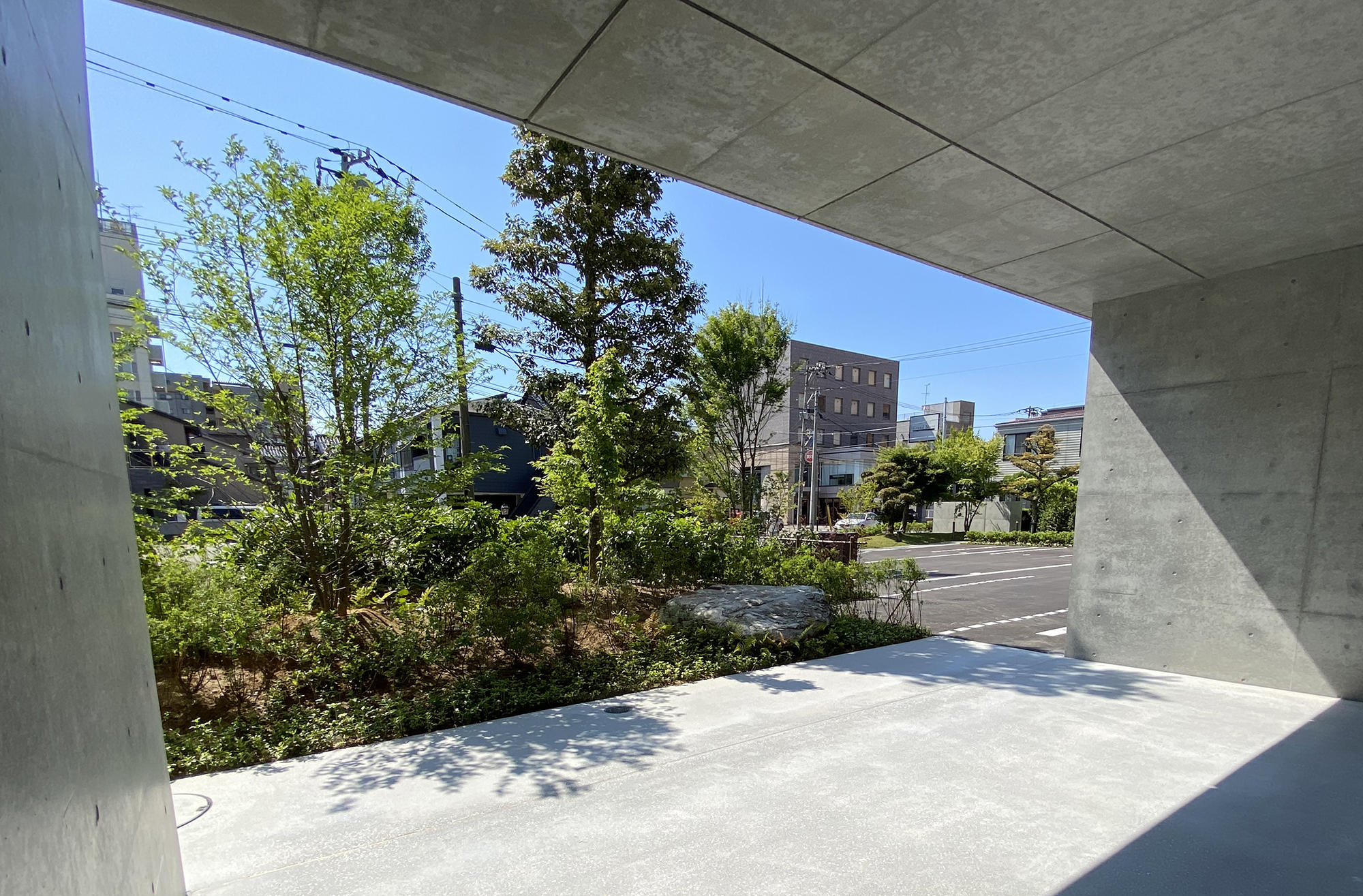 Restoration of Nature at the Foot of Mountains Near Kanazawa The site in the center of Kanazawa City sits along the extension of a stone-walled moat present since the Edo period, and is adjacent to Tamagawa Park. It is an area close to both sightseeing destinations and residential areas . Within the site, a stone masonry material called Tomuro-ishi that has contributed to the development of Kanazawa City was used in the buffer zone between the front road, and native species from the foot of the nearby mountains were used for the gentle landscape around the building instead of typical pine and cherry trees found in Japanese gardens. Since there is still valuable potential natural vegetation such as Japanese cypress and other trees in Kanazawa City, the design intends to inherit the “stones” and “native trees” that constitute the foundation of the city’s scenery to the future as a unique landscape of Kanazawa.